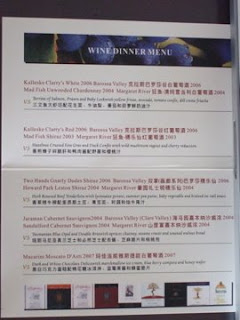 I'm sorry to have to tell you all that we will not be able to make the
June 5th release date I previously announced for the new version 2.0 of
our Chinese dictionary software. We've been working on Pleco 2.0 for
about two years now, so we're more eager to see it finished than anyone,
but having worked on it for that long we really want to make sure we get
it right. Much of the delay has actually come from reworking parts of
the interface that we weren't happy with, and bringing back a couple of
features (like Instant Access, which lets you look up unknown Chinese
words in other applications on your Palm [and now also Pocket PC]) that
people were disappointed to find missing in 2.0.

It won't be too much longer, though - the latest beta testing version
should be out on plecoforums.com next week, and aside from some
lingering bugs should feel a lot like a finished product, so it's just a
matter of nailing those last few bugs and then we should be ready to
launch. I'm not going to venture into Charlie Brown Football territory
by giving another specific release date, but hopefully not more than
another month or so. (definitely before the Olympics, anyway :-)

For more information on 2.0, see http://www.pleco.com/pdpreview.html -
most of the new features in 2.0 will be a free upgrade, though the new
add-on dictionaries and a couple of new features do involve upgrade fees.

On a more positive note, we've just extended the license for the
handwriting recognizer we use on our Palm/Windows Mobile products to
also cover iPhone. Which means an iPhone version of Pleco is now pretty
much a sure thing, and will have the same high-quality handwriting
recognition as our other products. (our experiments suggest that drawing
characters with a fingertip on the iPhone's screen actually works quite
well) I'm not even going to speculate on a release date for that yet,
but it's definitely happening and hopefully it won't be quite as heavily
delayed as Pleco 2.0 has been.

Anyway, my apologies again about the delay, particularly to those of you
heading off on study abroad programs in the next few weeks who were
planning to bring the new version with you - once we finally do finish
it, it should be well worth the wait.